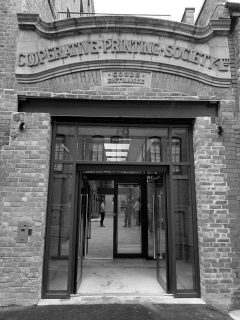 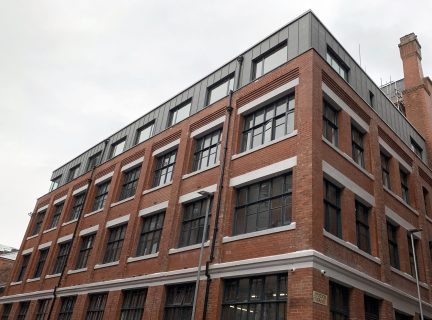 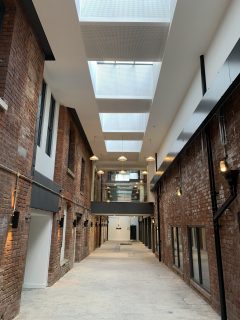 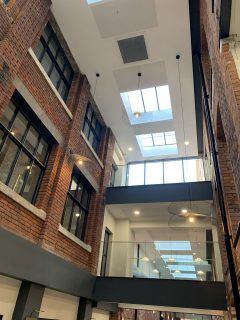 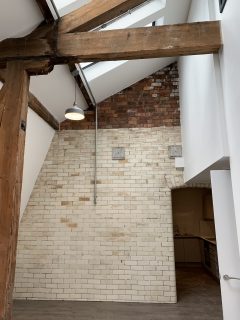 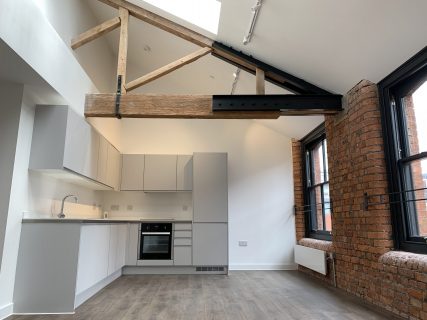 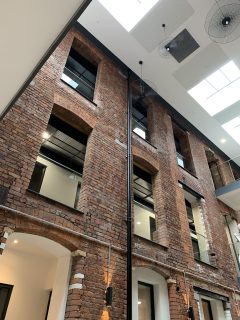 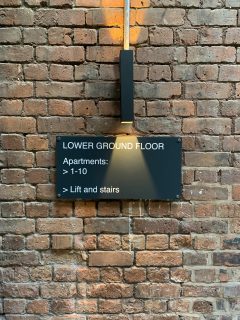 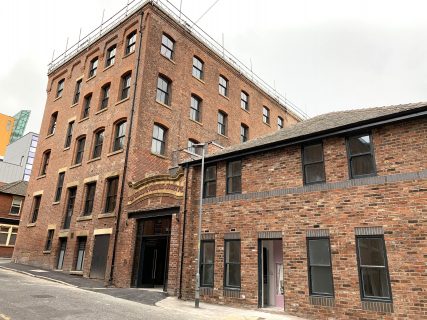 The redevelopment of the Grade 2 listed former Co-operative Printing Society Buildings involved change of use of from offices, partial demolition and conversion, including areas of new build (rooftop extension and covered atrium) into 66no private residential apartments and townhouses.

A key design goal was the opening up and restoration of the former Co-operative ‘Goods Entrance’ terracotta archway on School Street – which had originally formed the gateway to Back New Mount Street behind the original 1870’s building – and to use it as the principal entrance to a new communal glazed atrium that would provide access to all apartments.

Several modern additions of low heritage value including an external goods lift and ad-hoc infills in between the original buildings, were carefully removed in order to create the new Yorkstone-paved internal street, top lit by glazed rooflights. This selective removal of low-value modern additions, in order to emphasise the most valuable heritage features and unlock the historic character, underpinned our approach to the design and conservation for the whole development.

A comprehensive soft strip programme saw all internal office partitions, ceilings and fixtures removed from the buildings, revealing the original timber floors, soffits, and cast iron columns on each level, along with the existing pitch pine, iron and steel beams, each describing the various ages of construction.

Existing brickwork walls and original features were left exposed internally, and original sash windows and glazed Art Nouveau screens restored, preserving the authentic character of the original buildings. No two apartments were identical, with each presenting unique features to show off, or design challenges to resolve.

This website uses cookies to improve your experience while you navigate through the website. Out of these, the cookies that are categorized as necessary are stored on your browser as they are essential for the working of basic functionalities of the website. We also use third-party cookies that help us analyze and understand how you use this website. These cookies will be stored in your browser only with your consent. You also have the option to opt-out of these cookies. But opting out of some of these cookies may affect your browsing experience.
Necessary Always Enabled
Necessary cookies are absolutely essential for the website to function properly. This category only includes cookies that ensures basic functionalities and security features of the website. These cookies do not store any personal information.
Non-necessary
Any cookies that may not be particularly necessary for the website to function and is used specifically to collect user personal data via analytics, ads, other embedded contents are termed as non-necessary cookies. It is mandatory to procure user consent prior to running these cookies on your website.
SAVE & ACCEPT